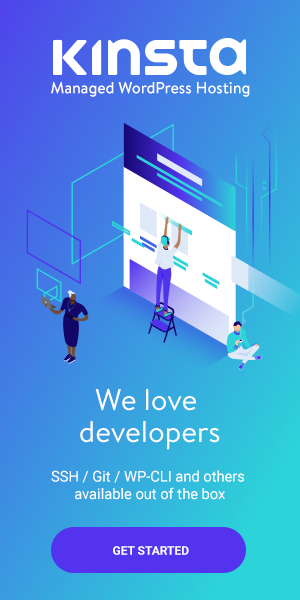 Loading sidebars and widgets via the WordPress REST API is not supported yet, but if you need a quick workaround, the WP REST API Sidebars Plugin looks quite promising!

Starting today, I will be reviewing themes at bestthemesfor.com.

A couple of months ago, I’ve heard the first time about Grunt. I wasn’t that impressed. It seemed to be like a more advanced CodeKit, which was compiling my SASS and JS at the time. So I forgot about it, proving once again, that I just not am an early bird :/ Of course the buzz got too big for being ignored and now I am all into Grunt, Yeoman and even Gulp as everyone else.

Using Grunt for some time now, I’m beginning to realize that it not only improved my workflow, but changed it. So this article is not about learning Grunt, there already are some of them out there. It is about why I think Grunt, or more generally task managers like Grunt will really make a difference in how web-developers do their work.

But first some basics. One of the most important things about Grunt is that it is based on node.js and really runs platform independent. Also with node.js comes its community, producing an impressive amount of functionality. All the node modules they are developing, from 100% javascripted ssh-clients to complete test frameworks, can be used with Grunt.

Then there is npm, the node.js package manager. It lets you easily define all dependencies on a project bases. If you have to use the compass mixin library in one project and want to use bourbon in another, one line in your projects packages.js and a npm install fixes it.

Last but not least the node.js world is all javascript. That is so important because all web-developers, despite their back-end programming language preferences, know javascript. For a web-developer there are basically no hurdles to getting started with Grunt.

All in all node.js is a stable, well used and tested development foundation, with a living community and a huge amount of functionality packed in modules ready to download. Everything you need for your development workflow is already there. Grunt just helps you to bundle it all together.

So, why is this such a big change? Before Grunt I already had a workflow. Or a kind of workflow that stayed pretty much the same for every project I was working on, but not entirely the same. This workflow even had multiple phases, like development, testing, bug-fixing and deployment and everyone of them had different tasks. To remember all these at the right time can be impossible sometimes. I don’t know how many times I’ve forgotten to merge and compress CSS for deployment or to do a last coding standards check.

Grunt is helping with these tasks, by just letting you write them down and executing them automatically when you need them. That’s what a task-manager should do. But Grunt, and that’s my point, is doing something more. It doesn’t only automates the tasks you have done before, it makes you build, rethink and structure them consciously. You have to think about what your workflow should look like in the beginning of a project and you have to refactore your workflow as the project evolves.

What I mean is: with Grunt we have begun to code our coding workflows. Just as we code our tests when we do unit testing. You might think thats no big deal, nothing a couple of bash-scripts doesn’t solve. I agree, technically it is nothing revolutionary. Yet, I think Grunt will change a lot for web-developers, because it is so well suited for sharing.

A Google search on gist “gruntfile.js” returns more than 5000 hits. So it seems that we are not just coding workflows with Grunt, we’ve even started to share them. I’m convinced thats because of the facts about node.js I’ve named before and that every web-developer is able write some javascript tasks in no time. That is the good thing with coding workflows. We are so incredibly good at improving our code. We already have a huge community, doing nothing else than improving code all the time. So, now our workflows have become formalized code, we can improve them the same way. We can share them on Github, ask about them on Stackoverflow, discussing them in our blogs or compare them to others workflows.

So I think, over time, this will change a lot about how web-developers work. That said, the perfect finish to this article seems to be my own gruntfile.js, defining my current WordPress theme workflow:

SASS/SCSS and Grunt are fantastic tools to organize and automatize css development. With some easy adjustments you can even make grunt to compile your css for multiple color schemes.

Build your base SASS color scheme

The easiest way to prepare your files for auto-compiling SASS color schemes is to create a color variable for every color you want to change in your schemes. You should do that in a separate section of your code, so you can easily copy all color variables and create a new color scheme. The only thing you have to think of is to add the default-attribute to the variables, so they can be overridden. I usually and up wit a section like that in my styles:

The next step is to create all color scheme files. Create a folder called schemes or something like that put a file with the name color-scheme-1.scss in it. This file should define your color variables again (without the default-attribute) and include all other styles after the variables.

Now you can create as much SASS color scheme files as you want, just repeat this pattern in every scheme.

Finally its time to setup your Grunt tasks. I assume you know how to compile SASS/SCSS via grunt, so the only thing to do is to add a sass-task for every scheme in you grunt-file:

and you get a color-scheme-1.css file in your css-directory. If you include this file instead of your default style.css, you will get your layout in the schemes colors. Auto generate all schemes with

This post describes a super simple and time saving Yeoman workflow to build WordPress themes. To make this post work for you, you should have a basic understanding of nodejs, nodes package manager npm, Yeoman workflows, Grunt and SASS/SCSS. Ones you have all up and running, you will create a Yeoman WordPress starter theme in no time. But it is not only a theme it comes with a bunch of features:

Getting started with nodejs, npm and Yeoman is well described elsewhere, so instead of repeating all of it you will get some links that worked for me. To go on, you should have the current version of nodejs, npm and yeoman running. Than you can easily install our generator from the npm registry. Note that on some setups you will have to run this command with super-user permissions:

Now you have installed the generator you can generate your first starter theme. As you might want to test it in your WordPress development environment, you should go to a running WordPress installations themes directory and run:

Thats it! Just answer some simple questions in the terminal and the installation should run through without errors and installing the theme plus all needed local node modules.

Developing with the Yeoman WordPress theme

First of all the generated starter theme provides you with a solid base of WordPress theme templates, following among others WordPress theme directory and ThemeForest standard requirements. The functions.php file sets your theme up to support all required functions like a custom header and background. All should be ready to make your adjustments to build a perfect theme.

The themes style.css file is compiled from a bunch of SCSS-files. To get a layout grid and some nice mixins the bourbon and neat libraries are build in. The SCSS-file names should be self-explaining, however a short overview in including order follows:

The generated Yeoman WordPress theme provides a working Grunt configuration. All Grunt related assets like the gruntfile.js and the package.js are placed in the grunt directory. The Yeoman generator has already setup Grunt for the theme and installed all node modules in grunt/node_modules. If you want to install manually, go to the grunt directory and run

All Grunt tasks are called from the grunt directory. You can manage the following available tasks, by running these commands:

grunt
Is running the default task-list, which is the same as running grunt jshint, grunt uglify and grunt sass.
grunt jshint
Checks the JavaScript files and gives you some hints.
grunt uglify
Takes the JavaScript files and concatenates and minifies it to one file: js/scripts.min.js, which is included in the theme.
grunt sass:dev
Is compiling all the scss files to one expanded style.css in the themes root directory.
grunt sass:prod
Is compiling all the scss files to one compressed style.css in the themes root directory.
grunt watch
Watches the scss and js files for changes and runs the above tasks automatically, plus giving you a cross-OS desktop notice on success.
grunt dist
Runs grunt uglify and grunt sass:prod, takes all the production relevant theme files and places them in the dist directory under the themes root. Now the dist directory contains a production ready theme, which can be uploaded to a live server.
grunt phpcs
Requires PHP CodeSniffer with WordPress standard installed in the development environment.
Checks the themes php files against the WordPress coding standards.

In case you want to upload your theme to some marketplace or theme directory, Yeoman WordPress theme generator even creates a HTML-documentation for you. The documentation is based on the Theme forrest documentation template It’s located in the doc directory and already covers some base information about your theme. You just have to complete it with your specific information and your theme is documented as well.

With the Yeoman WordPress theme generator (generator-wp-grunted-theme), you should get everything you need, to build great themes. Be welcome to let me know if you have done so, or even better if you want to add a important task, find a bug or have an improvement idea.